A quick follow up to the insanity, which sparked when a school shooting survivor tagged JoAnn Fabrics and stated he saw someone with a “gun on their belt” at one of their stores. One problem: he’s in Illinois (and per a Facebook post, was in Illinois supposedly an hour or so before the claim was made). More on the original story (and what looks to be a blatant lie) here:

Well, the bogus outrage it caused lead to the anti-gunners to search for a new craft store. Many started asking Michael’s their policy on open carry. It wasn’t what they hoped: 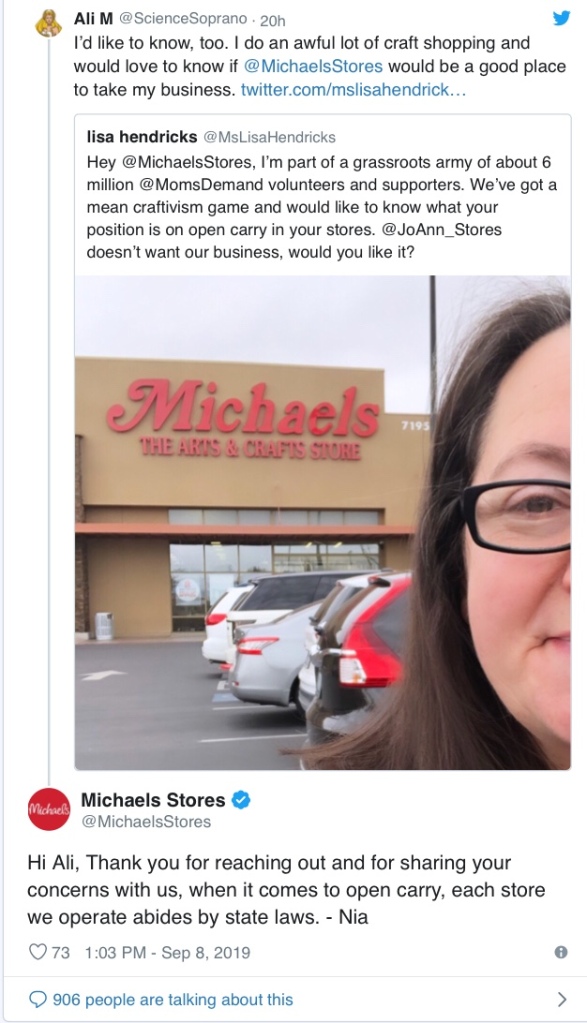 The threads are worth checking out on there own, as these people are losing their minds. Here’s a direct link:

It got as far as Shannon Watts, the head spokesman of Moms Demand Action, to encourage her followers and MDA members to harass shoppers by taking their photos if they’re seen legally carrying:

So far, Michael’s isn’t taking the bait and has remained firm: 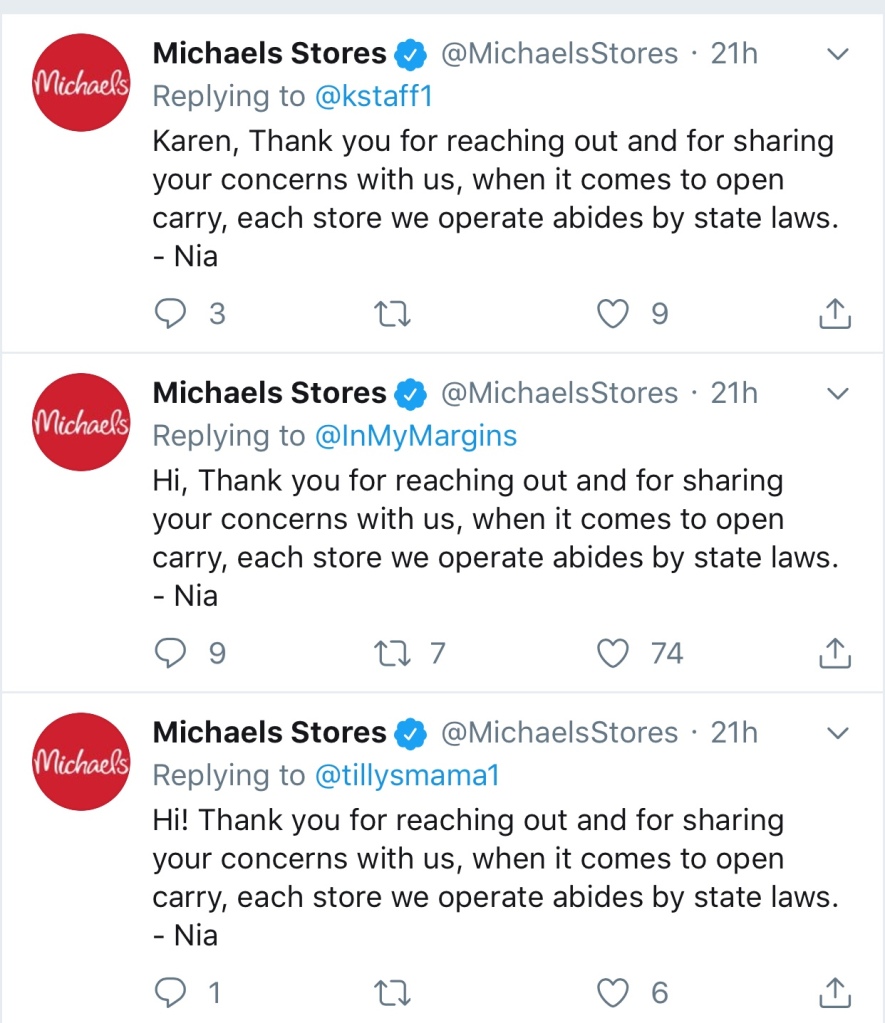 These people are just plain nuts. End of story.